Team Aldous on 3 at Manila Culinary and Hospitality Academy (Event)

I was supposed to have my out from work at 7:30 PM but our last client and her friends enjoyed too much in our services that they felt at home. By the way, I am currently working in a bridal shop which means I don’t own my weekend.

My friend, Shiela whom I influenced to blog, waited for me for almost an hour because she wanted that we went together at #TeamAldouson3 party event at Manila Culinary and Hospitality Academy.

Just to give you the background on how Aldous and I met, it was in the year 2012 when he posted in a Facebook group that he is looking for some bloggers to feature Au’s Cakes and Pastries which, her mom, is the woman behind it. From then on, he started inviting me in some of his food tasting events, then eventually Team Aldous happened.

Aldous is a guy you would think you can’t crack a joke on his presence. Sometimes, he looks like his thoughts are wandering that makes you think he’s a snob. But wait till you get to know this foodie guy who has a contagious laugh.

Shiela and I arrived at Manila Culinary and Hospitality Academy and went straight to the rooftop where the party is held hosted by DJ “Toni Tubero”. As we got there, the program is about to end. Sob! So we took pictures right away before they pack up. HA!

The Royal Caterer provides the food for our hungry tummy! It was their re-launch, very timely for the third anniversary of Team Aldous.

I like all the appetizers except for the one with black olives.

As for the kebabs, I’m not really a fan because it’s really given that it has less seasoning so I guess it’s just enough for my protein for the night.

For the picture below, I thought there’s a cheese in it. Teehee, expectations. It’s just good.

Surprisingly, this triangular-shaped wanton wrapper with stuffed inside is the food to come back for MORE! (Sorry names will be filled out once I’m informed)

I only tried the shrimp tomato vodka creamy sauce penne because I thought that the shrimp flavor will be prominent boy I was wrong. I would suggest grabbing the creamy pesto linguini instead.

They also have maja blanca, blueberry panna cotta and mango panna cotta. In fairness, their desserts got me.

Another sugar rush food was presented to us but this time, it’s from Maraschino Bakeshop.

There were just so many cakes and I think I can’t eat too many sweets. Ergo, I took it home. As I went home the cake does not look presentable to take a picture anymore so I got a picture from them the Red Velvet Strawberry Cheesecake (P950). I could be biased here because I like cheesecake and I like red velvet. It is moist and very heavenly to eat.

So I guess Shiela and I had enough food so it’s time to grab a mojito from Wild Cocktails! The bartender also asked us to try the shot drink but no thanks; I have work the next day!

Then finally we got to chill and enjoy the music after that very rush food munching and picture taking! The lights and sounds were supplied by Orange Lights and Sounds.

In spite of the time management and heavy rain issue, Shiela and I still made it reach the rooftop. Okay, pun! And as for Aldous, you already know a lot of new bloggers, and I know that I’m not the old me who was very active to attend blog events but still you keep on inviting me in your foodie adventure. At dahil dyan, Salamat sa hindi paglimot! Soooo… cheers for the past, the present, and the future food events! May Team Aldous grow bigger and bigger.

PS: Why didn’t we take pictures with other girls, Shiela?

We also took pictures of the Manila Culinary and Hospitality Academy. Check it out! 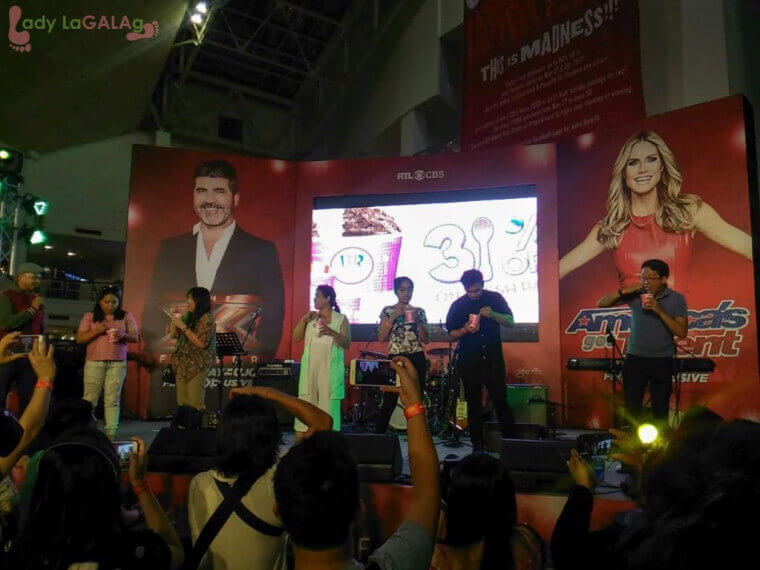 A weekend getaway summer fair for the entire family happened at Glorietta, Makati last May […]