Getting to Know Taiwan as a Tourist (Travel)

Home » Travel » Getting to Know Taiwan as a Tourist

Taiwan is a small country in East Asia measuring 13,000 square miles. Taiwan is the northeast of Vietnam, the north of Philippines, the southwest of Japan, and the east of China which is just a hundred miles away.

This small island is hilly with stunning scenery. No wonder that the Portuguese who has discovered its existence called it “Ilha Formosa”, meaning beautiful island. Up to this day, you can still see in souvenirs the word Formosa. Because of this discovery, Taiwan has been included in the map.

While the Portuguese discovered Taiwan in 1582, it was the Dutch who decided to conquered the country in 1624. Two years after, the Spaniards also came into this small island.

After World War II, Japan returned Taiwan to China which was Republic of China. During that time, China was in a civil war between nationalist and communist. The nationalist who were the Republic of China knew that they’re going to lose the war so they relocated to Taiwan. On the other hand, the Communists established the People’s Republic of China and stayed in China. So if you would ask if Taiwan is part of China? There has been two China in the world and its independency is still not quite clear.

Curious to know what is the time right now in Taiwan? Here it is.

The currency of Taiwan is New Taiwan Dollar. To know how much the Taiwan Dollar converts into your currency, please check it here below:

Taiwan’s two letter country code is TW and its flag is dominated by red color. On the upper left, it composed a dark blue rectangle with a white Sun. It was adopted on May 5, 1921.

The people of Taiwan are called Taiwanese. The people of Taiwan before the foreign invasion has similarities to the natives of Philippines, Malaysia, and Indonesia. It was actually the Dutch and the Spaniards who have invited the Chinese mainly from Fujian and Guangdong to migrate to the country because of cheaper labor for farming sugar and rice.

To this day, the population of Taiwan is 23.57 million which is quite considered to be dense for a small country. They look a lot like Chinese now but some of the aborigines still has similarities to Filipino looks.

During my visit, I find them disciplined and hardworking. Taiwanese are good-natured people. The driver in our day tour at Jiufen and Shifen took care of us and was friendly. My college friends and I learned that our driver learned to speak in English when he was in the Philippines, and he knows a few Filipino language, too.

When we were shopping and having food trips, there was a time when I have spilled a sauce to my hand and the vendor handed me a tissue without even asking him. It was a small gesture but I appreciate it as a tourist. The shopping we had was pleasant. The vendors were patient and would even chat more with you if there weren’t much customers.

Most of the Taiwanese I have encountered can speak survival English. I bet Taiwanese people who are in the corporate world can speak well. The official language of Taiwanese is Mandarin.

In my country, Philippines, I happened to have two former Taiwanese officemates. They looked really snob in the beginning but later on we became friends and would even treat me food and would went out for a movie. There was a time when one of them gave all of us in the office a homemade dessert. We don’t know what that is but it was hella good!

Taipei 101 was the tallest building from 2004 to 2010. Its construction began in 1999 and was finished in 2004. With 101 stories, this beauty can probably be seen to where you booked your hotel for your Taipei stay. You can also visit the museum of Taipei 101 to know about its construction of the building. It also has a high-speed elevator you can try.

Let’s thank Taiwan for inventing milk tea in 1980s! Liu Han-Chieh, the inventor of the bubble tea, went to Japan and saw that the coffee is served cold. With that in mind, she thought of serving the Chinese tea cold and add an accent by putting in tapioca balls to the drink.

If you want to try bubble tea/boba tea/ black pearl tea to where it all started, visit Chun Shui Tang. They did not plan to expand the business overseas since there are 80 drinks that need to be memorized by the staff and they surely want to sustain the flavor of the bubble tea drinks served.

The death of Chiang Kai Shek in 1975 ended the martial law, too. Miraculously, the Taiwan’s economy started to grow. From being an agrarian farmer state to the evolution of becoming a technology expert, Taiwan become an Asian Tiger. No wonder that the technology we use now such as Asus which was founded in 1989 and Acer which was founded in 1976 were born after the martial law ended.

Taiwan’s economy was really a miracle and I love the fact that they have used all the hardships they went through as a country to rise up and has become one of the Asian Tigers.

Who hasn’t tried stinky tofu after going to Taiwan? Me! I regretted I wasn’t able to try one. It was so ironic I missed eating this famous food despite of its being known having a strong odor simply because I was busy eating other Taiwanese food. You can eat a lot in their night market like beef wagyu, gua bao, ice cream burrito, a chicken with rice inside it and more! Taiwanese food is just really an explosion of flavors!

Typically, if you are a vegetarian you can find this country very convenient since they have a lot of vegetarian dishes because their religion is Buddhist who, cannot eat pork.

Jiufen has become popular because of the movie in the year 1990 made this place as the setting. Since Jiufen is a mountain town,  it would probably take you 2 to 3 hours to get to the top. On the way up won’t get you bored though since al lot of shops and food to eat can be stumbled here. To know more about my adventure, you may check my post, Tourist Spot in Taiwan: Jiufen.

Taiwan has four seasons and this guide can help you what kind of clothes you should bring on the month of your visit. In our case, my friends and I visited in the month of January and is considered to be winter. Bringing jackets and layering is recommended most especially if you will visit a mountainous area. It was raining when we arrived in Taipei. We haven’t expected we will experience rain in January since most of the guides tell that it rarely rains in winter. Yet, that’s what happened to us. So don’t forget to bring an umbrella. The hotels can let you borrow one but what if the other tourists borrow it, too? You are left with nothing.

Of course, the rain doesn’t stop us from roaming around which always ended up our shoes getting wet. If you want to be sure, you can bring 1 pair of waterproof shoes and bring 1 pair of comfortable shoes. Imagine our shoes were all wet while we were in Jiufen. That afternoon was really foggy, too.

Taiwan uses 110 vault plug so don’t forget to bring adapters if you came from a country that uses 220 vault plugs.

For your internet connection, you can rent WiFi in airports but it must be booked beforehand. 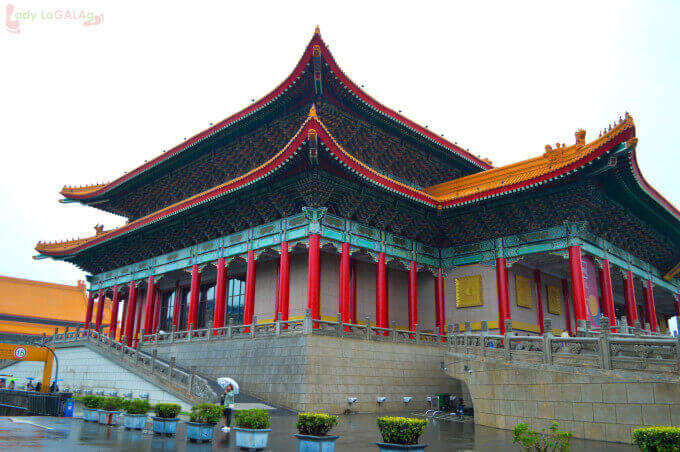 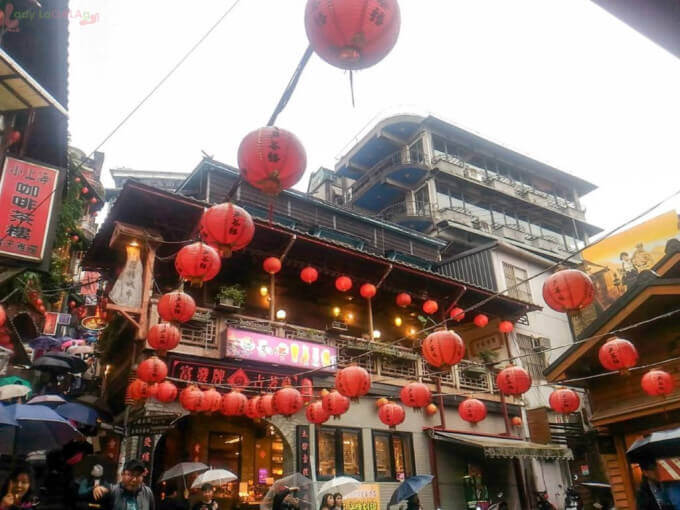 Taipeiwhere to go in Taipei 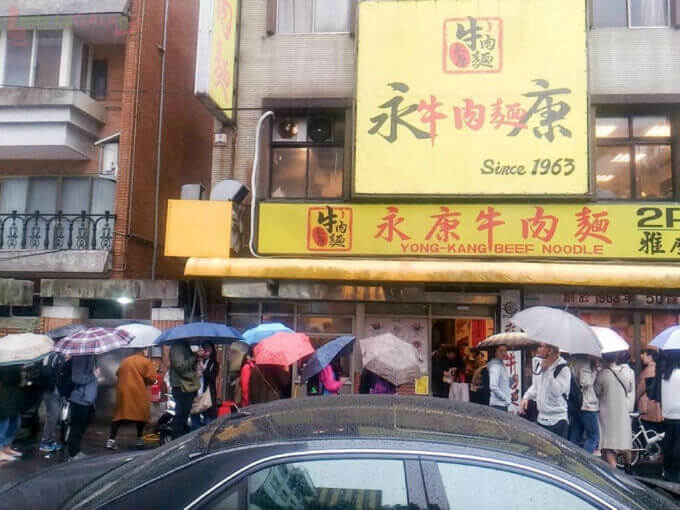