Do you know what first-time experiences impose? It’s fear and excitement.

My provinces are in Bohol on my father’s and Davao on my mother’s; having a flight didn’t fear me.

But traveling abroad is different. I’ve been a passport holder since 2012 and will expire on Jul 2017. I never thought that my passport will be more than just a valid ID because I can’t afford the luxury of traveling. Think of airfare, hotel, pocket money, and tour. However, my mother’s perseverance to go international (who is also just a domestic traveler) made us book a flight in Cebu Pac.

The loneliest part of this, my father got really sick. Ergo my mother had to give up her ultimate dream to travel abroad because she has to take good care of my father.

Other than my mother will not be with me but only her friends (Titas of Manila) and the daughters of her friends, I was also ill. There’s a blood in my phlegm. The night before my flight I had my check up and got x-rayed, for the hospital is thinking I might have TB. WHAT?! The doctor who attended me happened to be a member of Bureau of Quarantine in the airport so that thought kind of worried me that I might not be allowed to go thru.

Not knowing the result of my x-ray, the friends of my mother was pushing me to go with them because I know the tourist spots to go. It was like I’ll be a tour guide for this trip but an ignorant one, also a tourist one. It’s funny to arrange a tour in a foreign country, to a place you’ve never been.
We arrived in the airport so early because there’s no heavy traffic; it was Eidl Fitr holiday – to give way for our Muslim locals. Before I start my story, I would like to thank the Titas of Manila that we were SO early birds. I thought we were being “OA sa early” but the lines, the interrogation (especially me), ate up all our time and we only waited in the boarding area for like 45 minutes, I think.

So I thought I’ll be offloaded but thank God! Faith goals, checked: Passport stamped! Aside from Kota Kinabalu is the cheapest destination in Cebu Pac, I chose this city to be my first because it’s the one nearest in the Philippines and IF EVER I’ll be offloaded, the money wasted would not be too much.

PS: I received the result of my x-ray while I was at the airport. My cousin told me that my lungs are clean. 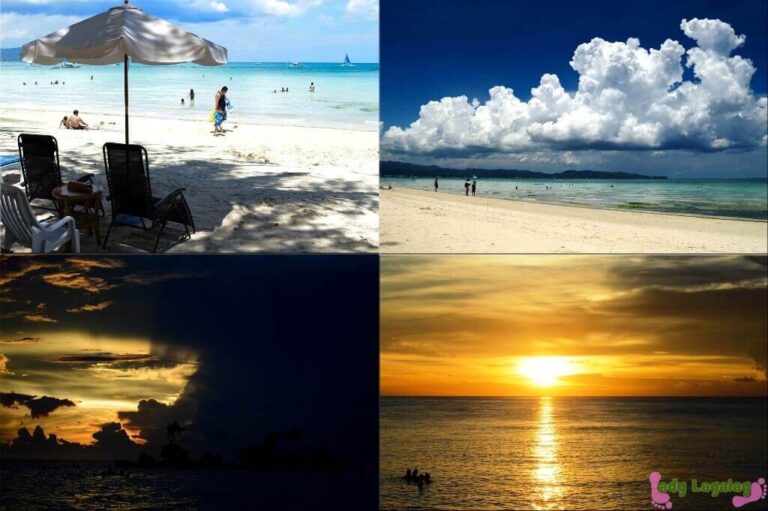 What Happens in Boracay